Summer season concludes and Maresme region prepares another harvest that, this year, is intuited of great quality. In Teià we can know all its secrets.

A visit to the Celler romà and Center Enoturístic i Arqueològic de Vallmora will get us into the world of DO Alella, will also be able to know the best kept archaeological secrets of the region.

The main object of this complex of 3,000 square meters is to link the wine history of Teià, which dates back to Roman times, with the current moment of the DO Alella. The center is located precisely on the Roman winery of Vallmora, a wine production center of the Roman Laietania whose activity is documented between the 1st and 5th centuries AD. Roman Laietania went from the Tordera river estuary to Garraf massif and also covered the Vallès and part of the Baix Llobregat. In spite of the 22 centuries that have passed in this center, we can understand what production of Laietano wine was like. The complex includes a testimonial and an experimental vineyard, as well as two reconstructions with wooden beams of 9 meters, of wine presses of 2,000 years ago, with an approximate weight of three tons. 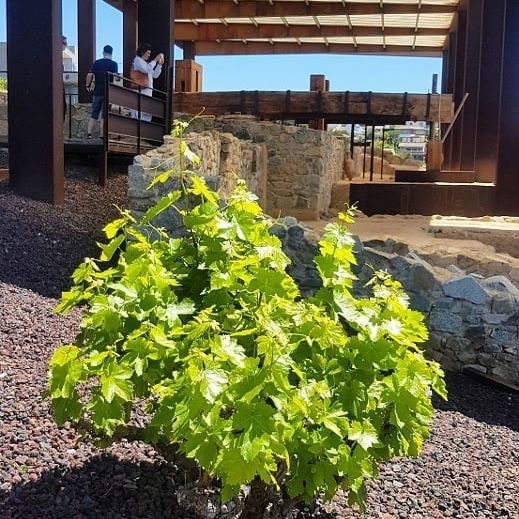 Where the Celler is located, was discovered in 1966 by Lluís Galera, but did not open to the public until 2009.

Now we can see preserved vestiges of four pressing rooms (torcularium) paved with ceramic fragments and a mixture of lime and sand that prevented the seepage, the must deposits (straight) and semi-buried ceramic jars (dolla defossa) for wine fermentation and aging. There are also three calcatorium or wineries in which the grapes were pressed to extract the grape juice. Among other objects that were found in the excavations and that are exposed, is the lead signaculum with the name of the person in charge of the winery in the 2nd century AD, Epictec, slave of Luci Pedani Clement.

Highlight that the Roman winery of Vallmora is one of the best preserved in the world.

This summer, new excavation and prospecting works for the furnace and other structures of the Roman winery in Vallmora, directed by Antoni Martín, have taken place within the Cella Vinaria Project. Specialists and undergraduate students have participated in it, and have excellent results.

The complex, located on Ernest Lluch Street, 40, in Teià, is managed by the Mancomunitat de Serveis de Alella, El Masnou and Teià through an administrative concession and includes, in addition to the Roman archaeological site, a building for visitors, an interpretation center with audiovisual projection and a multipurpose room.