Vilassar de Noir? Exactly, a festival that celebrates its fourth edition and that has the will to explain and analyze the black genre from the different artistic manifestations: literature, comic, cinema, theater and music.

That a festival that deals with literature and black cinema reaches its fourth edition is very good news for the world of culture. And that it takes place in Vilassar de Mar is a new proof of the cultural strength of our region. Vilassar de Noir is an ideal framework to represent the people in the world of creation and art. It is an occasion to encourage literary and reading activity and to discover a genre with many followers Vilassar de Noir wants to be an event that represents Vilassar de Mar in the world of creation and art, in addition to promoting literary and reading activity and discovering to the public the virtues of a genre with many followers. Thanks to the work of writers, editors, booksellers and the media, the black genre in both Catalan and Spanish gains day by day followers.

7pm Inauguration of the festival.

7.30pm Premiere of the movie “The Pekingese Strategy” by Elio Quiroga. 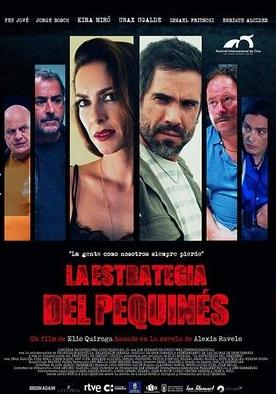 17h Roundtable “When everything is in the head”, with Clara Peñalver, Anna Carreras and Tadea Lizarbe. Moderator: Laura González.

7.30pm Roundtable “In the mind of the murderer” with Manuel Marlasca, Paz Velasco and Blas Ruiz Grau. Moderator: Ramon Castelló.

8.30pm and 9.30pm (Sunday, 11am). The Theater Troop represents “Assassinat Mysteries to Can Bisa”. Three famous detective novels: Sherlock Holmes, Hercules Poirot and Petra Delicado are summoned to investigate a crime that has not yet been committed. They have 15 minutes to solve it, but the ending is variable, depending on what the viewers choose.

Live in the Maresme

In the villages of the Maresme region there is a great cultural effervescence. The Vilassar de Noir is one of many examples of activities that take place throughout the year. Activities of all kinds cultural, gastronomic, traditional, sports, festive … Having a house in the Maresme ensures an intense life.

One Reply to “Vilassar de Noir”