San Sebastian is full of history, smell of the sea and gastronomy!

It is not a cheap city because the cost of living is quite high, but on the contrary the level of income is also high. Surprisingly, the price of taxes such as the Real Estate Tax (IBI) is much lower than others such as Madrid or Barcelona.

This sits on the shores of the Cantabrian Sea, having several beaches (the best known being La Concha, in the homonymous bay) and a small harbor sheltered by Mount Urgull. It also has other mountains, with its highest peak, Urdaburu. Although the relief is rugged there are some flat areas, where much of the urban core is concentrated.

San Sebastian has a luxury location as it is only 25 km from the French border, with the best beach in northern Spain (Playa de la Concha) and the best cuisine, so much so that it is said to be the only city ​​of the world, next to Paris, with three restaurants with three michelin stars. As representatives of the New Basque Cuisine, prestigious chefs such as Juan Mari Arzak, Pedro Subijana or Martín Berasategui.

Also popular are the pintxo bars of the Parte Vieja, miniature culinary works of art.

It is said that San Sebastian is the city in the world with the highest number of Michelin stars per square meter.

Note that in mid-September, the city hosts the most outstanding figures of cinema at one of the most important Film Festivals in the world, created in 1953 and with the highest category of the international circuit of film festivals accredited by FIAPF.

The stars are staying at the most important hotel in the city, the Hotel María Cristina, and the ceremonies are held at the Kursaal, separated from the hotel by the Urumea River. 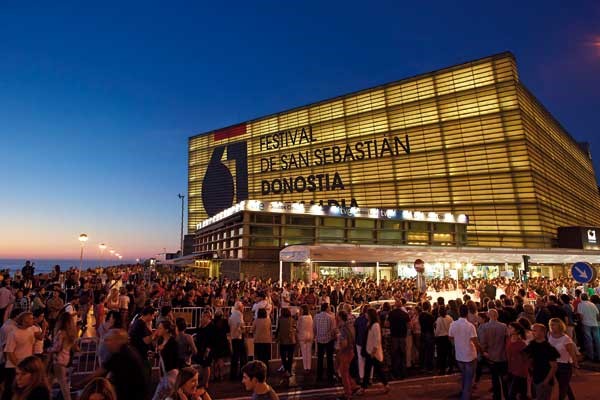 Some LUXURY neighborhoods of San Sebastián:

Sometimes our international clients ask us about the possibility of buying a luxury home in San Sebsatian. Currently we do not have any collaboration with agencies in Seville that have among their active luxury homes for sale.

If you are from a luxury real estate agency in San Sebastian and you are interested in appearing on this page, get in touch with us and we can study a collaboration.