A verbena from Sant Joan without being able to organize beach parties, without mass gatherings, or without bonfires!

A strange verbena that has to adapt to the circumstances generated by the Covid19.

Almost all of the Maresme towns have agreed to close the beaches and set very strict rules so that a party as ours as this does not become a factor of health risk for citizens.

Some towns, such as Calella and Canet will keep them open, but will not allow parties or bonfires on the sand. Among those that will close the entrances are Mataró, Vilassar de Mar, Montgat, Cabrera de Mar, El Masnou, Sant Vicenç de Montalt, Sant Andreu de Llavaneres or Premià de Mar.

In Alella, the verbena will be very different from that of other years. The traditional arrival of the Flame of the Canigó can be followed through a documentary on the history of this tradition that can be seen on the website of the City Council. It will also be possible to follow the transmission the relays of the runners and the runners who will bring the Flame from Coll d’Ares and not from the top of Canigó as usual.

When the Flame arrives in Alella, the City Council invites all the neighbors to come out onto the balcony with lamps and candles to light the path of the Flame. In addition, the restaurants of the municipality that have wanted to participate in the party, will prepare menus to be tasted at home or in the same establishment. As a party finale, at 11 at night, a musical session with a DJ will be broadcast through the Ajuntament’s YouTube channel.

Arenys de Mar closes the beaches and, in addition, you will take advantage of these days until the verbena to remove the large amount of plant remains accumulated after the passage of the storm Glòria, so that they can not be used to light bonfires.

Arenys de Munt resumes its stopped actions due to the situation caused by Covid19 and next Tuesday, June 23, at 8:30 pm, the arrival of the Llama del Canigó and the lighting of the bonfire will be celebrated in the Plaza de la Iglesia, with Reading of the manifesto by the association Amigos por el Arte del Maresme, which this year celebrates its 15th anniversary.

The Cabrera de Mar City Council, like the rest of the coastal municipalities of Baix Maresme, has decided to close the beach on the night of San Juan to avoid crowds.

In Calella, the beaches will remain open to sit on the sand, but parties will not be allowed to avoid crowds. The beach bars will be open, although dances cannot be held. In fact, the Ministry of Health does not allow dancing in any type of establishment, nor in discos.

To celebrate San Juan with responsibility and security, the restriction will begin at 8:00 p.m. on June 23, although from 7:30 p.m. it will be necessary to start leaving the space. All accesses to the beach will be closed (although one will be left to access the port or the Yacht Club). In addition, security will be reinforced with private security, which will be added to the Local Police and to the reinforcement of Civil Protection. Surveillance will also be increased in other parts of the municipality. Starting at 8 am on June 24, the use of the Masouense beaches will return to normal, with the restrictions established due to the pandemic.

The beach bars and the Nécora de Oro restaurant, located on the beach, will also be closed.

The council of Mataró will also close access to its beaches from 8:00 pm, although the beach bars will remain open, which, like the rest of the restaurants in the city, must close at 3 in the morning. They will also not be able to light bonfires or hold dinners on the street.

The festival of Sant Joan will have as its epicenter the celebration of the arrival of the Llama del Canigó. 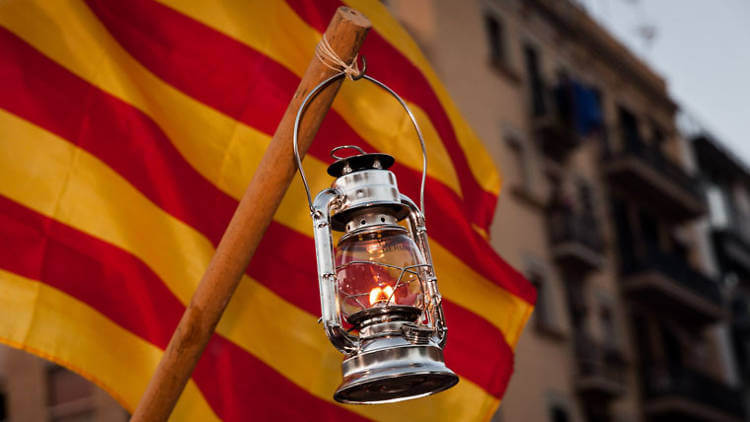 From June 19 to 24 Montgat celebrates its Festa Major de Sant Joan. This year all the programming has been altered and many of the activities will be telematic. For the 23rd, the children’s theater performance «Revolta de bruixes i bruixots» by the CRiC has been scheduled at 6pm on the municipal YouTube channel. And at 11pm it will be broadcast on the same channel in Concert de la Revetlla de Sant Joan, with performances by Los Infumables and Retro’s.

In Pineda de Mar, the beaches will close from 8:00 pm on June 23 until 8:00 am, although the beach bars will remain open.

The Premia de Mar City Council, like the rest of the coastal municipalities of Baix Maresme, has decided to close the beach on the night of San Juan to avoid crowds.

The beaches of Llavaneres will be closed by the Sant Joan festival from 8 in the afternoon on the 23rd to 8 in the morning on the 24th.

The Sant Vicenç de Montalt City Council offers all the inhabitants of this town fireworks.

The fireworks will be launched at 23:00, from the tower of the Hermanos Gabrielistes park and from the roof of the El Gorg Civic Center, so neighbors can enjoy them from their terraces, balconies, windows or gardens.

Sant Pol de Mar will close the beaches from 10pm. With this measure, the city council proposes the celebration of family festivals in which you can access the beaches throughout the afternoon to have dinner and throw firecrackers, but the sand is unattended at night.

This year in Teia, the fire of the Canigó Flame will be received in the plaza on October 1 by a commission from the organizing entities. At 9:00 pm “El dimonis” will light three firecrackers from various points in the municipality, followed by a ringing of bells. From the City Council, an appeal is made to all citizens to join the «thunderstorm» from the balcony of their houses by sounding pots.

The beach bars and restaurants in Vilassar de Mar such as the Nautical Club and the Palomares, will be allowed to be open following the maximum capacity requirements and the hygiene and safety conditions determined by regulations. Only people with a pre-dinner reservation (with a list that will facilitate access control) will be able to access from 8:00 p.m. and at 1 in the morning they will have to close.

Access to the beach bars and restaurants will be through the underpasses of the Plaza del Ayuntamiento and the Club Nautico.

One Reply to “Verbena of Sant Joan in the Maresme”