The Montgat fish auction, declared a heritage asset of cultural interest in 2012, is the only traditional auction still held on the Catalan coast.

An auction that is held at the Lonja de Montgat, which everyone can visit and where you can buy fresh fish.

Due to the improves on the Paseo Marítim, this auction is currently and temporarily located in Plaça de Sant Joan from Monday to Friday (except holidays) at 1:00 p.m.

It is believed that the fish auction existed before Montgat itself, since it takes place in the area where the Tiana fishermen’s houses used to be. In past times the population did not live on the coast, but rather inland to protect themselves from pirate attacks. These coastal towns have grown subsequently giving great value to their beaches.

Montgat is a town in Maresme, near Barcelona, which does not have a port but does have a fleet of fishermen who go out to fish every day. All the fishing in Montgat is from near the beach and the amount of fish that reaches the fish market is not very large, but it is worth seeing an auction that is held in the traditional way in an open-air fish market. 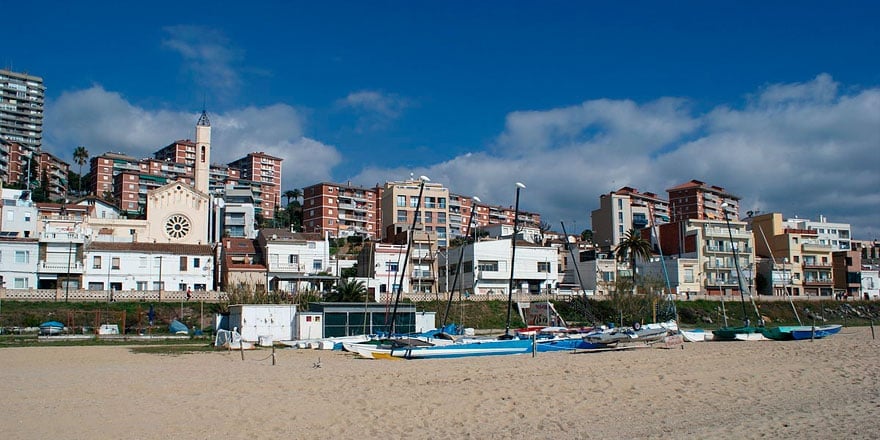 The fishermen arrive at 12.00 loaded with their boxes of fish, which they deposit in small trays for the auction. A participant of the fishermen’s brotherhood puts the balls corresponding to each fisherman in a bag and draws the order of the auction. Once the draw has been made, each fisherman places the trays of fish, so that the most expensive fish comes first and the least valuable fish comes last. The auction begins.

What kind of fish do we find at the Montgat auction?

The technique used by the Montgat fishermen is Trasmallo, a traditional technique that does not require a large crew, only skill and perseverance.

Trammel fishing is based on the fact that the fish, in their movements, do not perceive the net with which they stumble, with it they push the dense cloth forming pockets from which they cannot get out.

Among the fish that we can find at the Montgat auction are scorpion fish, cuttlefish, red mullet, squid, rooster, San Pedro fish, prawns, sole, lorikeets…etc…

The Montgat auction may disappear, since it currently has very few fishermen and the Masnou base itself, to which the authorities forced them to move from the beaches years ago, does not have fuel pumps or ice machines. Only with a scale to weigh the fish, recently installed.

At BestMaresme we have a great offer in the most exclusive areas of the Maresme. We are experts in luxury properties in towns such as Cabrils, Premia de Dalt, Vilassar de Dalt, Montgat or Llavaneres. Are you looking for a luxury house to buy or rent in the Costa de Barcelona? Visit us or contact us.