On June 24, in addition to celebrating Sant Joan, the XXII edition of the Fira de la Cirera d’en Roca is organized in Arenys de Munt. At the end of the 19th century, and brought from beyond the Pyrenees, the first cherry trees were planted in this Maresme municipality. Two brothers named Roca who had gone to work in a mine in France tasted the cherries in the area and found them so good that they decided to plant some trees on their return to Arenys de Munt.

It was really a very good idea. More than 100 years later, Arenys de Munt cherries are still highly appreciated. So much so that more than 20 years ago a fair began to be held that pays them a well-deserved tribute. The Arenys de Munt cherries, with consistent pale yellow and red flesh, very sweet as well as acid, are unique.

The fair is organized by the town hall in collaboration with restaurateurs, merchants and local entities. During the fair, visitors can purchase them directly from their producers. You can also taste dishes made with cherries, such as cherry coca, and enjoy an unforgettable fun and gastronomic day. 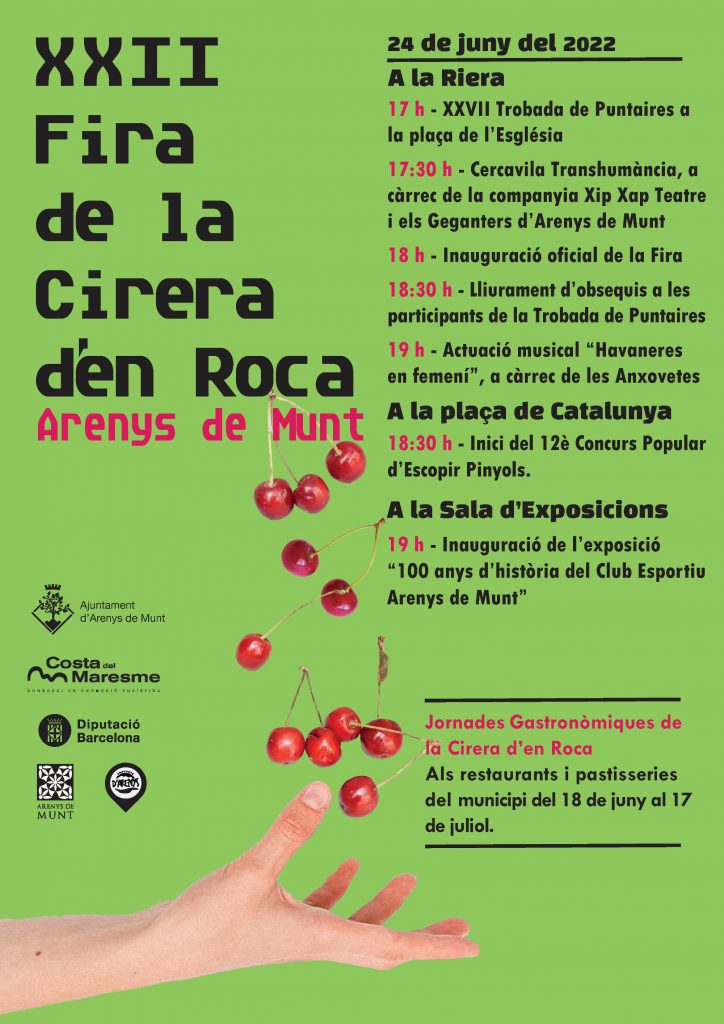 From June 18 to July 17, restaurants and pastry shops celebrate the Cirera d’en Roca days. On June 24, the day of the fair, the Arenys de Munt stream is filled with cherry and craft stalls, among which the “puntaires” stand out.